The field of medicine is exciting and invigorating precisely because it is constantly changing. There is no end to medical training, as there is always something new (or old) to learn, either from our patients, our colleagues, or scientific research. However, some aspects of medical practice (and indeed, social interactions in general) have developed into traditions. These may be old (lectures on human anatomy have been given since the time of ancient Egypt), relatively new (“rounding”) or cutting-edge (#MedTwitter). Some traditions seem very important at the time, but fade as technology or society advances (remember pagers? Or physical X-rays?). Others, such as the Socratic method, endure.

We live in a time of great change, most recently in response to the covid-19 pandemic. This worldwide event has upended most of our daily traditions, from spending time with friends and family to shopping at the grocery store. In the medical setting, it has had a substantially disruptive effect. Restrictions have been placed on family members visiting patients in the hospital, sometimes at the end of life. This is tragic for both patients and their families and friends, since such support is critical for both the short-term battles patients face immediately after disease strikes, and the sometimes slow pace of inpatient recovery and rehab.

The pandemic has also reduced or changed educational opportunities for medical and scientific trainees, and eliminating in-person meetings, research conferences and collaborative efforts. The effect has been dramatic and mostly negative. Personally, I mourn for the times when I could casually talk with a colleague in the hallway, or meet with others at a research conference and exchange ideas. Because there is no serendipity anymore in human contact, everything must be scheduled (usually via Zoom). This is a great loss to the spontaneous way that science often moves forward.

In crisis, however, there is opportunity. We can learn from those who survive a sudden, critical illness (such as those I treat in my practice who suffer a stroke or cerebral aneurysm rupture). Such patients have had their world upended, often in an instant, and things will never be the same for them and their families. These are deeply personal tragedies in which patients and their loved ones have to adjust substantially to their “new normal”, which often means giving up or radically changing the traditions they share with their families, friends and communities. New ways of connecting with others are no less strong or vital, however, and many patients find in themselves a previously unseen strength brought about only after facing and overcoming the adversity of disease recovery.

On a larger scale, while there is little modern precedent to this pandemic, compared to previous events the world is much better prepared to face and adapt to them, similar to individual patients adapting to their new limitations (and finding new strengths). Medical and scientific meetings (whether local, national or international) are now virtual. The response has been very positive – while we miss the tradition of socializing with other physicians and scientists from around the corner or around the world, and lack the spontaneity of a chance meeting with a future collaborator or partner, we have gained a more widespread ability to bring the exchange of ideas to more people. Greater participation through virtual means allows for those with disadvantages (physical, familial, financial) to learn and to teach. More broadly, this crisis has cast in sharp relief the structural problems in our society, some of which have been “traditionally” minimized. Helping and protecting the most vulnerable among, whether medically or through social justice, has taken on a new importance. These are very positive developments.

Whether such changes will persist, and new traditions become established, is yet to be seen. This essay will likely become antiquated soon after it is written, as the dynamics of current events seemingly move faster each day. However, we can have it both ways – like stroke survivors and their families and friends, we can adapt or even abandon traditions that have endured merely because they are “the way it has always been done”, and to introduce new traditions within the limitations that change brings, sometimes to a better end. We all long for the way things used to be, but we should not erase the positive gains that current events have forced us to adopt. To do so would be a missed opportunity.

Click the photo to learn more about Dr. Levitt. 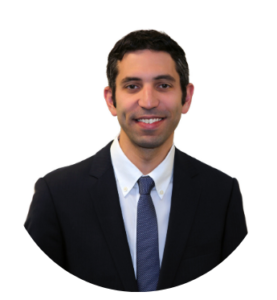 PreviousPrevious post:Creative Connections in the Time of Covid
NextNext post:Rites of Passage