The irony of me sitting here paralyzed by fear of failure and unable to write when I’m supposed to write an article about failure isn’t lost on me. My mom always told me I was my own worst enemy.

From a very young age, I put intense pressure on myself to be perfect. Anything less was failure. I felt like I was competing with everyone and everything. I very clearly remember feeling like I wasn’t enough…smart enough, thin enough, talented enough, pretty enough, good enough. I threw myself into being society’s definition of success. I did everything I was supposed to do. In my late teenage years, I became anorexic. Food and exercise were the things that I could control in my life. I measured areas of my body upwards of five times each day. When the numbers didn’t change, I’d exercise again. It became an obsession. It became my crutch when things got stressful. When I didn’t do as well on a test as I had hoped, I would exercise vigorously. I’d reduce my food intake even further. I’d measure and weigh. And then I’d do it all again. At the time, I didn’t see what was happening, and it took a major life trauma 25 years later for me to truly understand the impact of these decisions.

Ultimately, when I was in college, I recognized I had an eating disorder and sought help. By that point, I was 6-feet tall, 112 pounds and in need of heart surgery to repair the damage I brought on with my obsessive quest for perfection. The eating disorder was addressed, but not the underlying control issues.

I continued to push myself to be successful using a roadmap of what I thought I was supposed to do based on society’s standards. I got good grades. I graduated from college where I’d excelled. I got a job, went to grad school, and even climbed my way up the corporate ladder. A life of successes…or so it seemed. It wasn’t long before I realized that the success of the life I built didn’t feel like happiness. Once again, I began to feel inadequate. Surely happiness would be found with true success.

I knew there were things missing in my life. I knew I wasn’t growing, and when I tried to think about what would bring about contentment, I shut down. My mind wouldn’t let me consider anything beyond the path I was already walking. I have always been a rule follower, and taking risks isn’t exactly what I’m known for. I couldn’t possibly consider anything that wasn’t guaranteed some level of success and security because to me, failure was not an option. It scared me more than any other potential outcome.

Failure is that thing that lurks around every corner mocking me and convincing me that it’s dangerous to try new things. It tells me all of the reasons why I can’t do something. People will laugh. You’re too old. You aren’t smart enough. It’s risky. You’ll disappoint everyone…again. So that little voice kept me walking a path I despised, simply because I was good at it. I watched people making their own paths and I was so incredibly jealous. But a debilitating fear of failure kept me rooted in place. I became what I hated…angry, bitter, resentful and I took it out on the people around me. I became a miserable person and I was ashamed of that, but I couldn’t shake that persona. Was this adulthood? Are these feelings normal? Do people really hate their careers and just try to survive until retirement? But then, in the blink of an eye, my life was transformed.

Both a horrific tragedy and an incredible miracle, at age 42, I suffered a brain bleed that went undiagnosed for nearly five weeks before it finally ruptured. I sustained a subarachnoid hematoma, subdural hematoma, and due to the amount of blood, a midline shift of my brain. I fell into a coma and my prognosis was grim, but I was still alive.

The miracles piled up and I made an incredible recovery. I was given a second chance at life. This second chance came with challenges and pain like I had never experienced, and contrary to what I’d believed pre-rupture, I desperately wanted my old life back. I longed to return to work and to have everything back the way the universe had it ordered. But amidst this tragedy, I began asking questions about my purpose and why I would be saved simply to return to a world that left me feeling unfulfilled. Through therapy, I evaluated my need to be a perfectionist and why I had this debilitating fear of failure. I yearned for meaning, and I discovered that the first step in making a difference in the world, was making a difference in my own life. I needed to finally see failure for what it was…a chance for me to grow and move out of my comfort zone. For 42 years I let the threat of failure hold me back from potential greatness, or at the very least, happiness.

Overcoming a lifetime of conditioning doesn’t disappear overnight, especially when you have memory issues and brain trauma. It’s been two years and I still wrestle with it nearly every day. I left my career a year ago, partly because it was too overwhelming with my disabilities, but partly because I had spent decades defining myself by a lie. I dug deep into my soul and allowed myself to consider a new career doing things that I was passionate about. I made lots of notes, plans, and idea boards. But I still couldn’t act on them. I was paralyzed by that fear of failure. I spent so much time in a web of analysis paralysis. I’d evaluate the situation, detail out plans, come up with my “why” and then I would promptly push it aside because there was no way it was realistic. There was no way that I could succeed.

My therapist challenged me to contemplate my relationship with failure. Why did I think it was so bad and what was I so afraid of? Would my world really shatter if I failed? I mean, let’s face it, the ruptured aneurysm shattered my world in ways I never could have planned for, and yet I was still moving forward. She challenged me further with an exercise. She instructed me to come up with ten words that I wanted to define my life and another ten words that I would use to define my old life. Did the lists overlap? If not, why? And, if not, how do I make my life model those words that I wanted? I must confess, my word lists were very different. There wasn’t a single word that matched between them. This was a real wake-up call. I understood that if I wasn’t intentional about my second chance, I would simply continue living with regret.

We learn by failing, but no one sets out to fail.  It has taken me a lifetime to not only recognize the role failure plays in my life, but to accept it and stop running from it. Don’t get me wrong, I still get paralyzed by it from time to time…like while trying to write this article…but I have learned that it doesn’t have to be scary. Some amazing things can grow out of failure. It sounds cheesy, I know, but that was what was holding me back. Failing at something was better than the regret of not trying. I had a second chance at life and I now understood that I regretted the chances I never took more than I feared failure.

On my desk at home I have a quote from Jack Canfield that says, “Everything you want is on the other side of fear.” It is my constant reminder that growth and life begin outside of my safety net. I’m still learning that failure isn’t my enemy. No. My true enemy was the consequence I imagined for failing, the judgement of others. I was so consumed by what others’ thought that it took a life-altering tragedy for me to define what was important. Success and failure aren’t enemies. They are partners on the journey and both are required.

My name is Michele and I am a recovering perfectionist.

Click the photo to learn more about Michele Cozadd. 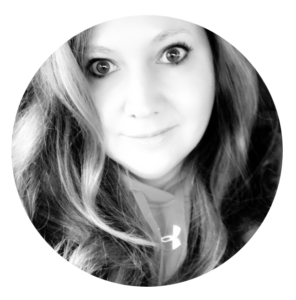 TagsMichele Cozadd
PreviousPrevious post:Feature: The Man in the Dark, Who Gave Me Life
NextNext post:Write to Unite