Every Brain Is Unique

I was at a loss when I was discharged home from the hospital after surviving brain surgery. I left with only an after visit summary and a few follow-up visits scheduled.  The verbal directions I received not only seemed generic, but also outdated. At the time I was heavily medicated, being treated for severe pain, and somehow it seemed that I was one of the only few people who recognized I was going home, being set up to fail.

It was 2018 and I was twenty eight years old when I became a brain aneurysm survivor. Due to onset symptoms such as headaches, and visual changes an MRI was ordered which ended up saving my life. Early detection halted what could have been the next tragedy in my family of ruptured aneurysm sufferers.  Shortly after waking from surgery, I was informed that in order to clip my aneurysm, my optic nerve may have been damaged. This meant that my vision could have been affected.  Nothing was for sure, it was noted that a lot of healing would need to take place before we could assess whether things would be permanent. I received not only that information, but that a second aneurysm was discovered during my operation. I’m blessed to say it also was successfully clipped. It was astonishing. I couldn’t imagine that I survived an unruptured brain aneurysm, let alone two. I was so lucky to survive. I’m incredibly lucky to be here, to exist. Losing all or partial vision seemed selfish to focus on and I was honestly in too much shock to process much of the events at all let alone the impact in its entirety.

When you survive a medical intervention, especially one that is known as being a silent killer with an unlikely survival rate, you get wrapped up in all of the emotions and information. You start to think you should not be questioning anything but relishing in your appreciativeness.  After all, your neurosurgeon was the best of the best. He is extremely prestigious,  a director of an entire department, Board Certified, and works for an institute that is second to none in its ability to deliver the most complex and up-to-date neurological care for its patients.

Turns out, there is a crack in the system.  The neurological care that I received while inpatient was remarkable.  The care that I received after being discharged, close to nonexistent. Medical professionals and other parties involved are not aware of the detrimental effects that can begin the moment you are discharged home.  I felt that I and my family were led astray. We were unprepared and unequipped to face the obstacles ahead.  I went home feeling like an inanimate object, but one that was fixed. Everyone reassured me that with time things would heal. It seemed like that was the only answer for everything and it was far from personal. We were just informed to follow all instructions on the hospital discharge summary, and follow up in two weeks for staple removal. It was just a given that I should understand I’m in good hands and all is well.

I was young, and considered to be high functioning.  That belief encouraged me to think I needed to return to my previous “normal” and perform daily life tasks at a similar rate as before.  This negatively impacted my mental health. In retrospect I can say obviously that should have never been a goal of mine but when you do not know different, it is easy to get caught up in the overwhelming pace of change. After my staples were removed and a handful of follow up visits, I was cleared to return to work part time and shortly after was discharged from their care completely.  Life was nothing like before and when I had to take it on alone, I felt abandoned. In my case, I’m exceptionally lucky to work in the healthcare industry and was well aware of therapy and the benefits– especially for those with neurological disorders or brain injuries.

During one of my last follow up visits I requested that multiple therapies be ordered for my recovery.  In addition to approving my requests my surgeon’s nurse mentioned my mental health. She pointed out that I was visibly anxious.  In that moment we did not discuss cognitive behavioral therapy to cope, the benefits of community and connecting with other survivors, or even a medical social worker to provide resources.  Instead, she prescribed me an anti-anxiety medication with no history of my mental health.  This medication was never filled. Instead I left with an order for a Physical Therapy evaluation to exercise and increase my strength. Secondly, an Occupational Therapy assessment for education on safely adapting to my new visual disability, and lastly a visit with a Speech Language Pathologist. They can help assist with memory and assess for the cognitive changes that exist after brain surgery.  I am an individual, and this is what I needed. A custom care plan for my own individualized needs and situation.

A year after being released from neurological care, I reached out regularly as I suffered from debilitating migraines. This is a neurological disease and my primary care physician could not place an order so I reached out again and pushed for more answers. Finally a STAT MRI was ordered.  Days went by and nothing. I was becoming extremely anxious that they felt the need to order this.  I got in touch with the office after becoming impatient and was notified that there was nothing to worry about and everything looked stable. I was so frustrated, I mean thrilled to know things were stable but becoming exhausted that again I was being told that everything from the operation is complete and I am fine. I pressed on and finally got a referral to the pain management clinic, which is associated with the neurological institute who had previously discharged me.

I’m lucky in more ways than one. I was aware of the possibilities within healthcare options and advocated for myself to receive great care.  I do not know where I would be today, had I not.  I initiated my care.  As time went on I struggled to return to the workplace, I noted my deficits and weaknesses. I struggled with difficulties concentrating and a poor working memory. I learned that I was now sensitive to stimuli, and suffered in debilitating pain daily.  These are all things that therapy could have aided me in prior to me asking. Outside of work I began to slowly build my confidence in cognitive behavioral therapy. This was another form of therapy I sought out on my own. It was there that my therapist mentioned support from a community. That speaking with others that have experienced similar traumas may help me feel less isolated. Possibly they could empathize or relate. This is when my recovery propelled in a positive and less destructive direction. It was the next step in my recovery and I now know, it is a crucial step to processing your experience.

Instantly after meeting other survivors on social media platforms I quickly noticed a very common trend.  Hospital aftercare failed a lot of people.  There is an obvious gap and it needs to be closed.  It does not just impact patients. This lack of care trickles into the lives of caregivers, family members, relationships, and even all the way into the workplace.  Every brain is unique, as are our stories and our injuries. With each injury being different, the care once being discharged home should never look the same for two people.

The survivors that I now call family, stand behind me in their efforts to make more people aware of this dilemma.  As a community we are all fighting every day for our voices to be heard. I’m so proud to intensify their voices in addition to mine when I say we will work together to ensure other survivors in the future go home knowing they are supported. Over time our families have gathered to be heard. We have loved ones that have become educated and want to make a change.  There are organizations such as TAAF ensuring that research and awareness exists every single day.

There is more that we all can do.  The trajectory of my recovery path pivoted when I felt supported. Knowing I wasn’t alone and that others knew how I felt made me remember that I am important.  I got lost in the lack of personalization in my care.  That doesn’t mean that everyone has to.  As medical professionals, caregivers and survivors align, the foundation of support can become stronger.  We can align our goals to provide better care for survivors in the future.  The concentration on awareness, research and an encouraging community can become more of a priority. We can celebrate our uniqueness, while also working to bring the community together. A community unlike anything else.

Click the photo to learn more about Emilia Matheny. 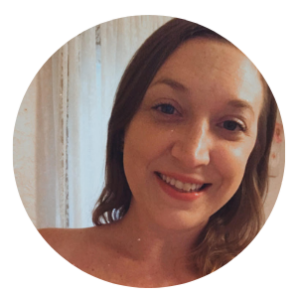