As Good As It Gets? – Support Team

“After 12 months, your recovery will plateau.  That’s basically as good as it gets.”

I am a wife and mother of five beautiful children.  Needless to say, the average day for us is insane…  Work, school, soccer, dance, tournaments and recitals. There is just never a dull moment!

Almost like a shift in the wind, one day our lives changed forever.  On December 3rd, 2019, my 9 year old son, Giovanni, was arriving home from school by school bus. Upon arrival, his older sister, Londynn, got off the bus practically carrying her brother.  His dad rushes out of the car to help as they both fall over into the grass.  We immediately rushed him to the hospital in our hometown and from there he was life flighted to the major children’s hospital in Orlando.  It was determined that he had an arteriovenous malformation deep in his right side cerebellum near his brainstem that ruptured causing a hemorrhagic stroke and a multitude of other complications for him as a result.  Gio spent nearly a month in a coma. When he finally started to regain consciousness, he was not able to talk, swallow, walk, etc.  Our next steps were to send him to an inpatient rehabilitation center to start a rigorous amount of physical, occupational and speech therapy.

Progress started off slow. We had so many questions for the doctors on what kind of recovery Gio would make.  The doctors would not give us any real straightforward answers, but they did tell us that however recovered he was at 12 months post-bleed, was going to be as good as it would get for him. That would be the plateau of his recovery.  By March, Gio was eating a full diet, slowly back to walking unassisted and talking but not even close to 50% of where he was before the rupture.

We are now 14 months post rupture and Gio is jogging, jumping and doing more than we ever could have imagined since the rupture, but to be quite honest, everyday seems to be better than the next.  I see his confidence building. He is running and jumping, playing tag with friends, climbing up the slide and going back in public, etc.

Our experience has been completely the opposite to what the doctors had originally stated. It has been quite the contrary, as we have seen a great deal of progress 12 months post  rupture!   My husband calls it the finishing touches/details. The first year for  him has been the foundation and framework. Now he is putting the finishing touches on his recovery.  Seeing his fun-loving, joking personality, his strong-willed, determined decision making, confidence to try new things and experiences and desire to play sports has been awesome!

Gio has made many other developments with his OT, PT, and speech therapy as well 12 months post rupture.  His balance is getting better daily and he is now able to stand on one leg for a few seconds at a time.  He is also finally able to use his right hand again to write legibly and play his video games as well.  I truly believe that he will return to 100% in due time.

I do understand that doctors do not want to give any specifics or guarantees when communicating with patients and caregivers about the recovery process, and that there is an innate vagueness that is expected with this conversation.  Every person is going to have different recovery speeds, as it all depends on many different factors, i.e., part of the brain affected, length of time seeking medical attention, lack of oxygen to the brain, etc.  In Gio’s specific case, doctors say that his age makes it advantageous for a successful recovery. In my opinion, Gio has never given up hope and has always kept a positive attitude about his rehabilitation.  He has the fight in him to never give up. I have to believe that this is not as good as it gets for him, by any means!  Maybe I am just an optimist but no matter what, I have to believe that if we work hard and never give up, we can repair, we can improve and we can get better. No matter how long it takes!

Click the photo to learn more about Cera Perry. 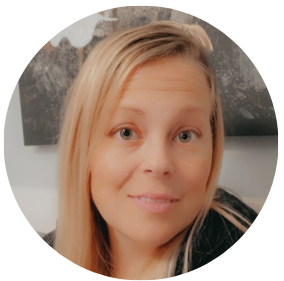